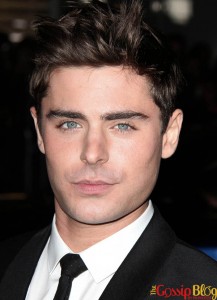 Zac Efron who was twice hospitalized to treat their drug problems last year, mysteriously ended in a dangerous area of downtown Los Angeles on Monday morning, where zac was attacked and severely beaten in face, local sources reported.

None of Zac’s friends believe the actor drove in the middle of the night to get sushi, nor that the man who was said to be there to protect him was his bodyguard. It seems to be that the so- called bodyguard is a convicted drug dealer who has been spending a lot of time with Zac recently.

Cops are skeptical and so are Zac’s friends. At least one of them said that Zac is a loner and he rarely goes out, so the idea of him driving for miles to get some sushi is suspicious.

Police confirmed that the area of ​​L.A. where he was found is a place where gangs associated with selling drugs operate.

He seems to be in trouble once again and his friends are deeply concerned about his fate.