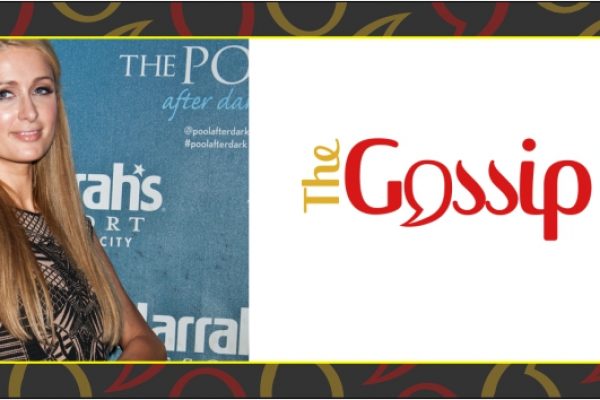 Over the past decade, there have been an increasing amount of stories in the news regarding celebrities who have been burglarized. It has turned into a bit of an epidemic in Hollywood. Many people have tried to figure out why so many celebrity burglaries would start to happen all of a sudden. There seems to be a consensus that the proliferation of information on the Internet regarding where celebrities live allows criminals easy access to information that they would not have had years ago. It is also simple to access aerial photos of the homes and properties of celebrities, making it easier for criminals to plan their crimes in advance.

Finally, since most celebrities are on some form of social media, it is not difficult to learn if a celebrity is out of town, making his or her house easier to burglarize. Let’s take a look at six celebrities who have proven themselves to be excellent targets for burglaries: 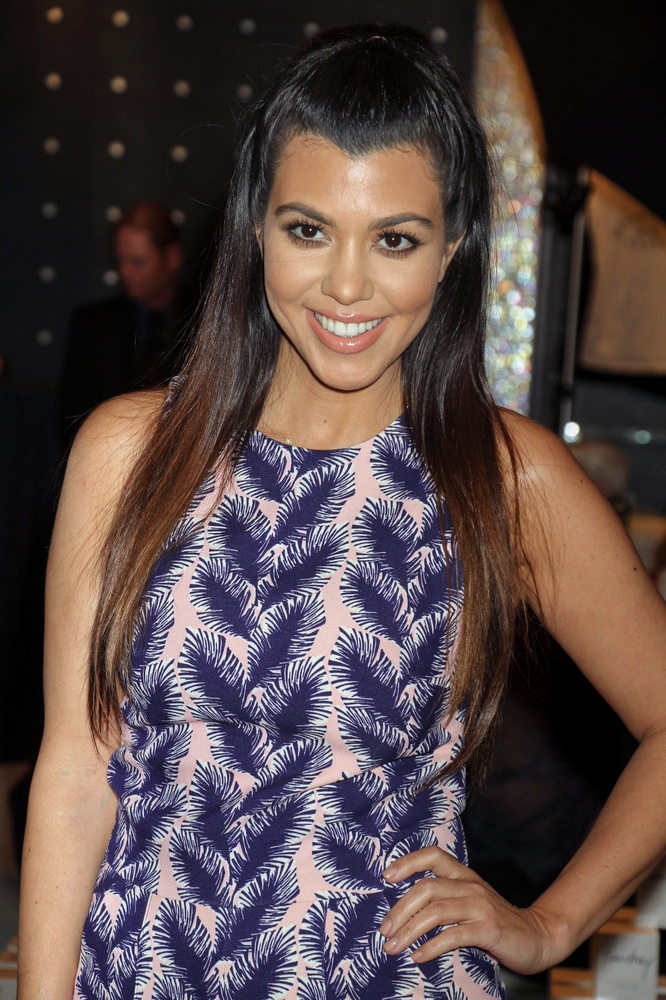 In 2009, Kourtney was having dinner with her boyfriend. It was at this time that her Calabasas home was burglarized. The intruder stole a diamond watch made by Cartier and jewelry reported to be worth $30,000. There is a theory that the theft was an inside job because of the fact that the robbers got in and out of the house so fast and the jewelry was stolen very soon after Kourtney’s boyfriend’s grandmother gave it to her. 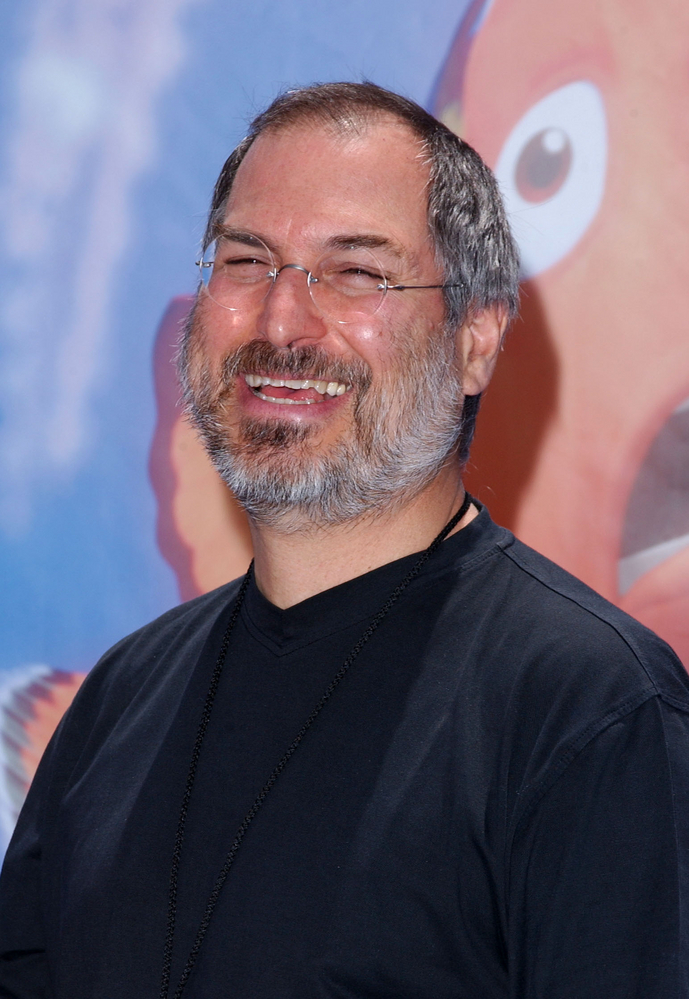 The late founder of Apple was a whiz when it came to designing computers and iPods, but apparently not so much when it came to security systems. When his home was in the process of being renovated, an intruder jumped the fence and proceeded to steal many of the gadgets that were inside. However, the criminal certainly did not share Jobs’ intellect. He seemingly did not fully comprehend how some of the gadgets worked. He eventually logged into his own personal iTunes account the following day while he was using one of the gadgets that he stole from the Steve Jobs estate. After he did this, it did not take the San Jose police very long to track him down and arrest him. 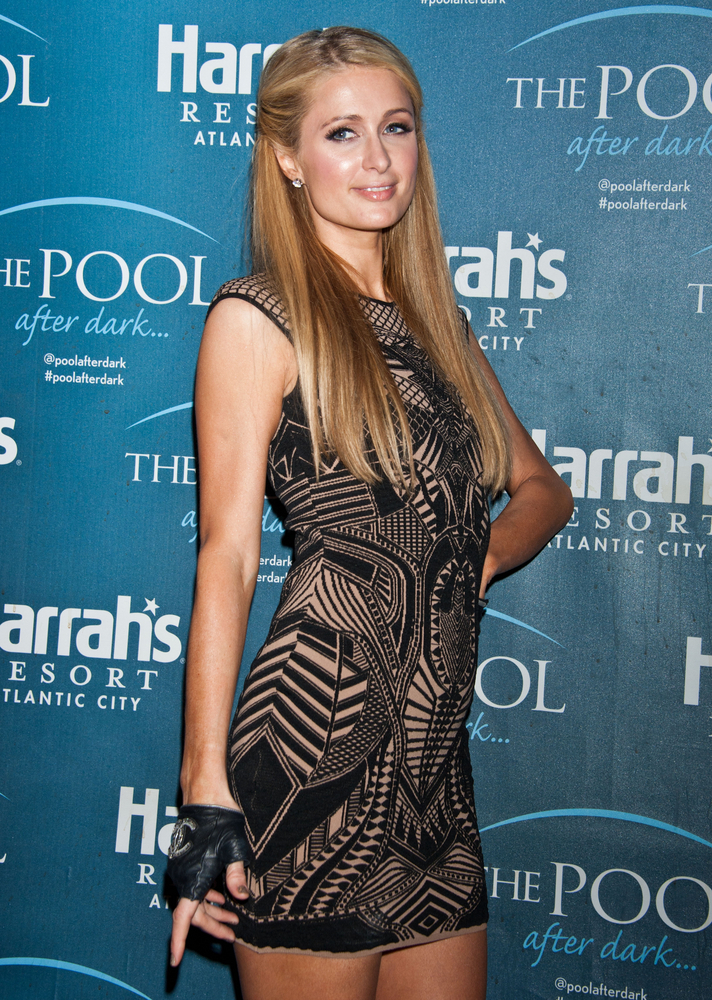 Paris was one of the infamous “Bling Ring” targets. This was a group of teenagers who went around Hollywood and burglarized celebrities. The thieves took a special liking to her home, robbing it a total of five times. The combined value of the five heists was several million dollars’ worth of electronics, cash, jewelry and clothing. She was an easy target due to the fact she left her doors unlocked and did not turn on her security system. 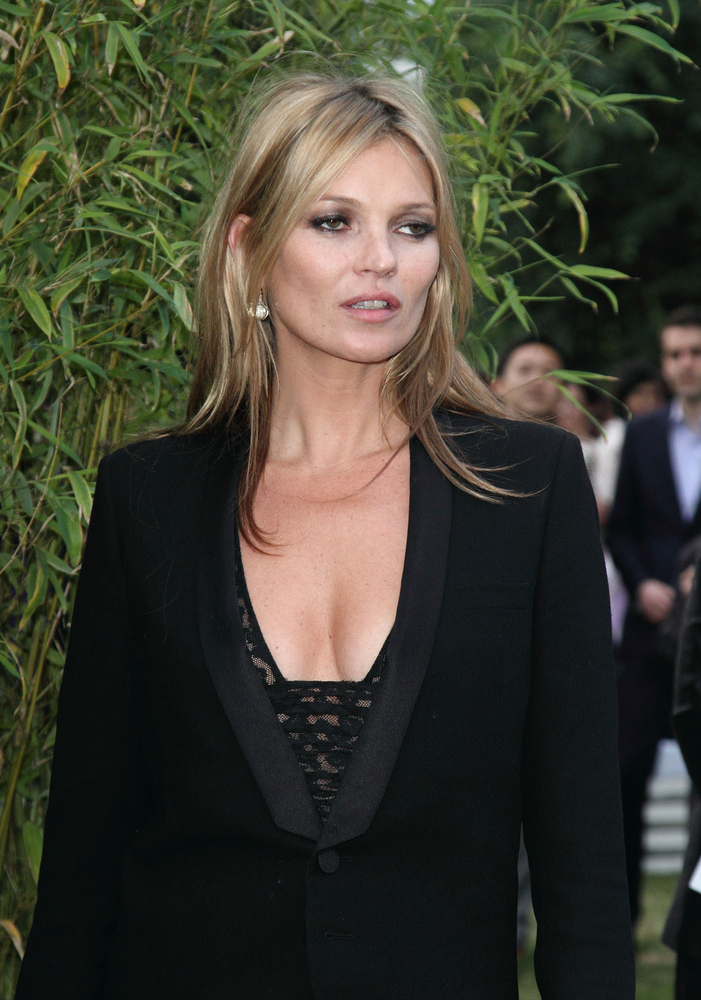 At 4am, a group of burglars jumped her fence and stole three paintings. Kate, her boyfriend and her mother were all home and sleeping at the time. 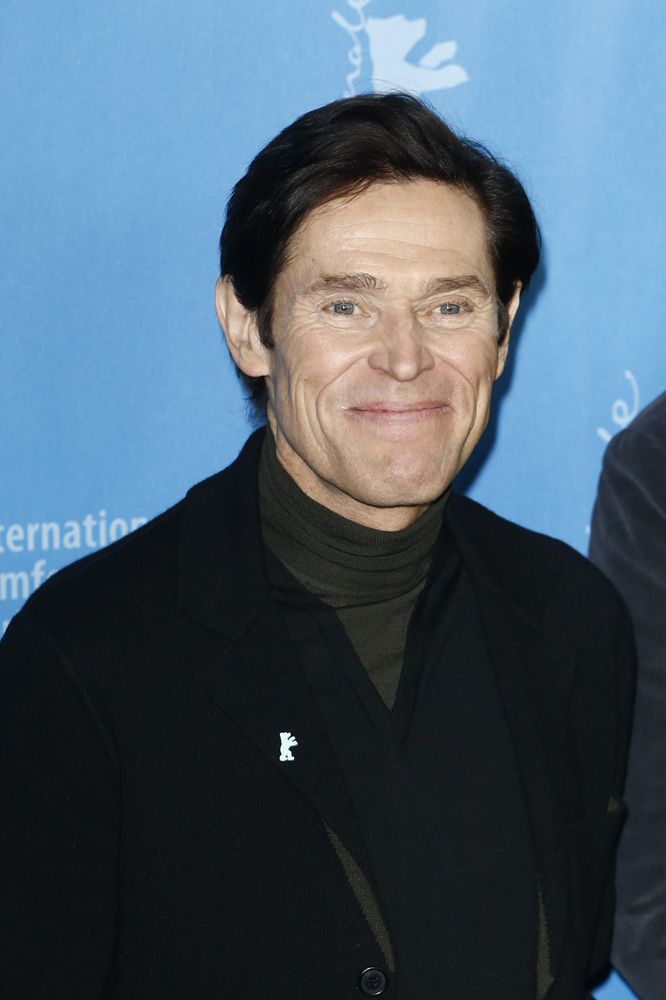 In 2011, a group of thieves broke into his apartment in Rome by climbing on the roof and getting in through a window. They stole jewelry worth several thousand dollars. 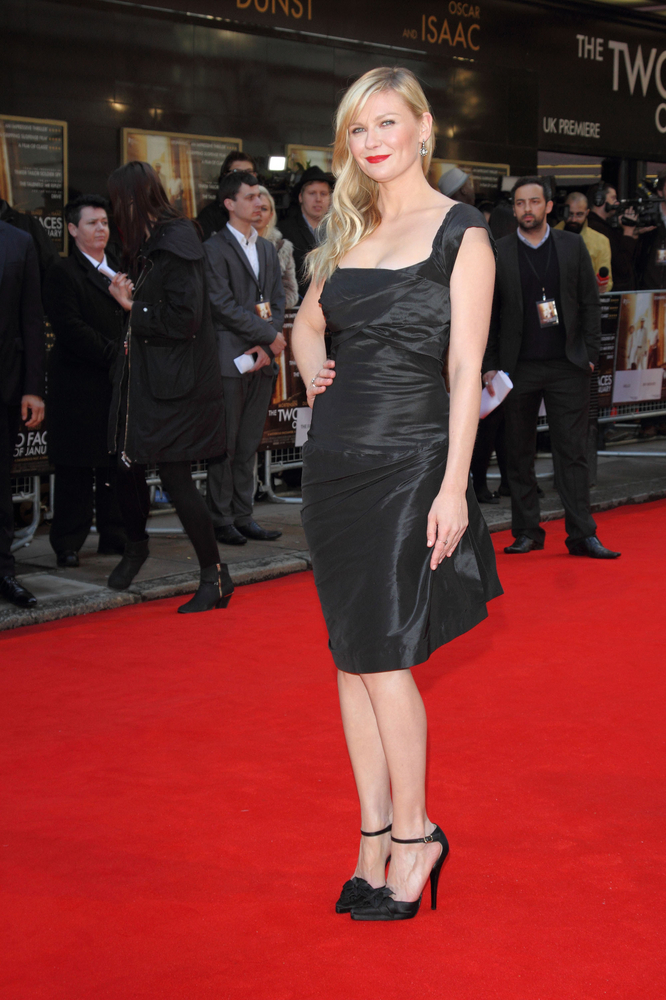 Her apartment was broken into by a man who stole her purse. He was found and arrested.

These stories go to show you that no matter how famous you are, it is still possible to get robbed. There is no question that these celebrities could have benefitted from a quality security systems company like Babb Security. Famous people will always be a target for such crimes, especially if they let their guard down. 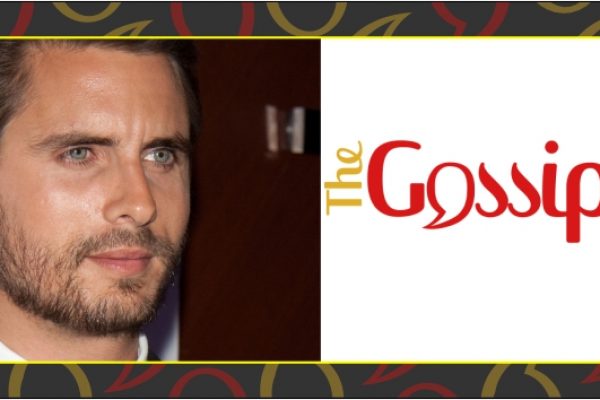 Sweet Yeezus!! That was close for Scott Disick who was rush to the hospital after partying to hard back in the Hamptons! 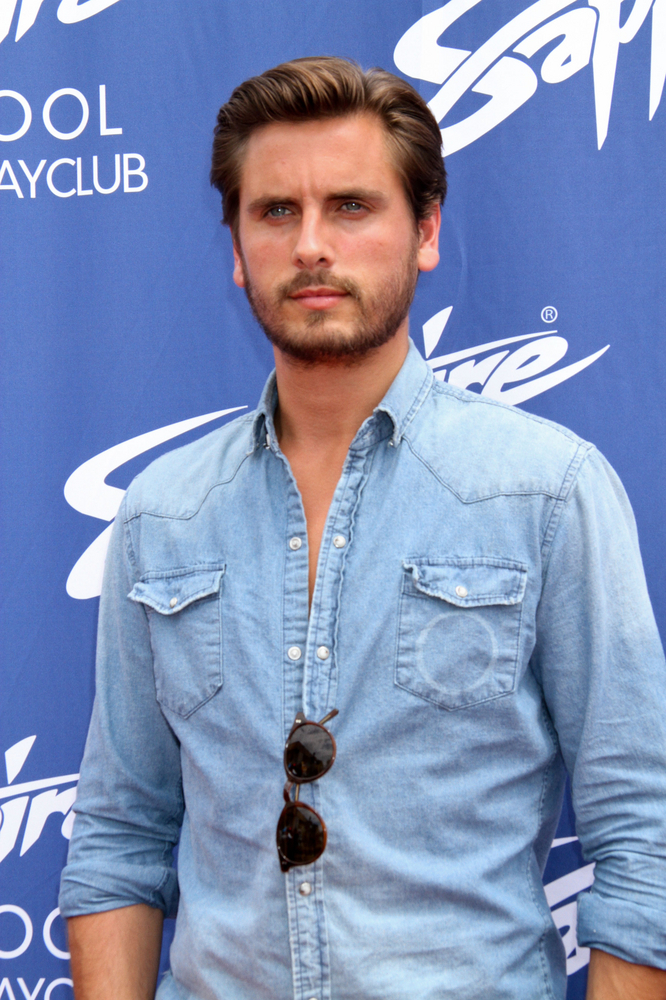 A few days after he was kicked out by Kourtney Kardashian, eye witnesses say he ran to a club in the Hamptons on June 22nd. They say he was VERY drunk, out of his mind! And after he finally had blood on his alcohol he was rushed into the ER where doctors diagnosed classic alcohol poisoning!

That’s what happens when you party without Kourtney!

It could have ended in death, but thanks God nothing happened! And after all the reality celebrity seems to have touched bottom and is now seeking  counseling from the same pastor who once helped his sister in law Kim Kardashian and her husband Kanye West.

Well Scotty, sometimes some of us need a hard fall to learn our lesson! Way to go! We’re glad he’s ok and is going to get better soon!
Stay Safe Scott! 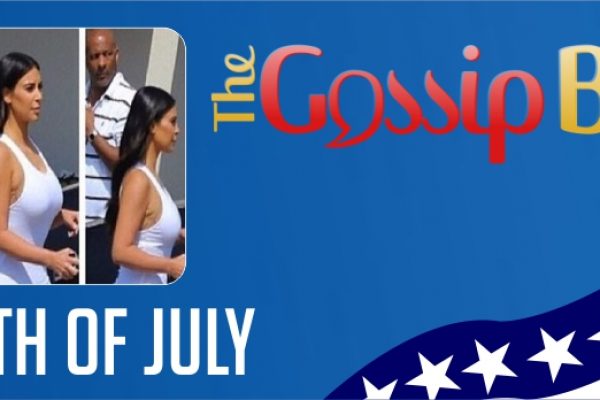 Seems some celebs are having a nice 4th, others are not enjoying much! Here we have the 4th wrap up!

Kim is rocking the Hampton’s style for this holiday:

But it seems Koutney wasn’t having a good time:

Miley was getting crafty just right before the 4th, we’ll report on this Crafty DIY ! :

While James Fraco was taking selfies with Lana del Rey, just that Lana wasn’t there… is he stalking her still?

These are just some of the celebrities who have shared their fourth!

We’ll hope that barbecuing goes well for you too! To stay update with the latest news Follow us or Like us on social media! 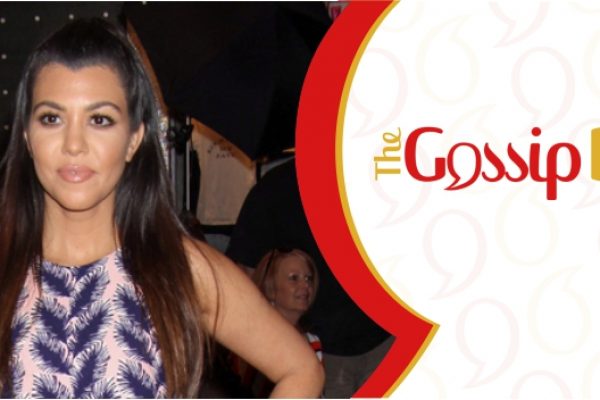 Like there wasn’t enough Kardashian in this world, Kourtney Kardashian is pregnant for the third time with Scott Disick’s baby!!

The mother of Penelope and Mason, is expecting her child number 3, seems rumors surrounding Kourtney were finally confirmed! A close source to the family said:

“She is only a few months along…It was planned. She (Kourtney) wants to have a handful of kids.” We were really taken by surprise, even with the rumors because she wasn’t drinking any alcoholic beverages lately, but because two years ago, back in 2012 she said the following we were kinda expecting it:

“I need to see what it’s like when I have two, but (having kids) is what life is about. I’m not going on the pill. I don’t believe in it anymore!”

So, without much else to say Congrats to the family! 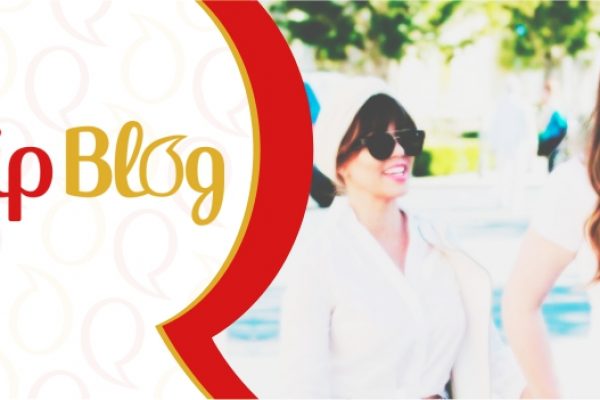 Unfortunatedly taking the Hamptons will have to wait for Khloe and Kourtney Kardashian, even thought they spoke about shooting their show at the villages, we’ve heard from sources that neighbours DO NOT WANT ANY KARDASHIAN shooting Nada this summmer, they say it is more the struggle and hassle than what they are worth.

Khloe and Kourtney have just gone on a crazy property hunt to rent for this summera and shoot their ” Kourtney & Khloe Take the Hamptons.”

The show was planned for March, as announced by E! , but it is still too soon since they don’t have a house yet!

All over the Hamptons, property owners have one by one rejected the Kardashian sister, because they are afraid they will somehow disturb the peace of these wealthy community. One of the main worries of the homeowners is the paparazzi’s taking the streets of the Hamptons.

They are offering good money, but so far no fish has bitten the bait. So far not South or East Hamptons want the Kardashians! We’ll keep you updated.. IF they find something.. or nah!

Would you rent Khloe and Kourtney a house if you could? Or would you decline? Tell us more on Facebook or Twitter.