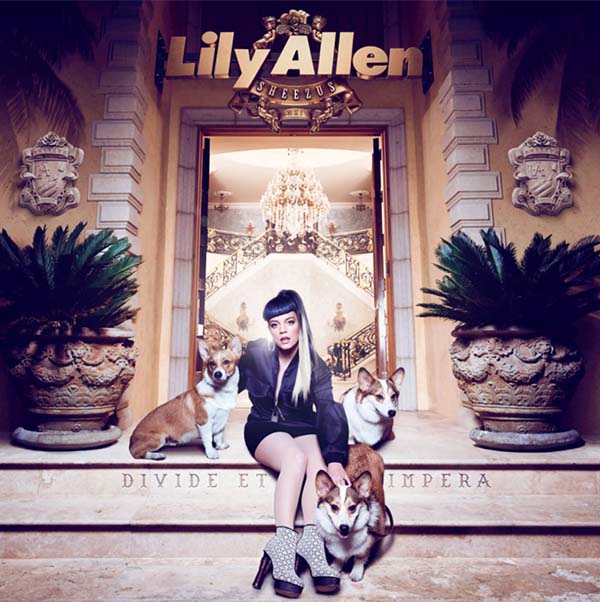 Lily Allen has unveiled the highly-anticipated artwork for her new album ‘Sheezus‘. In the photo, Lily is standing on the stairs of a luxurious mansion, surrounded by three adorable pups. ‘Divide et impera’ (‘Divide and conquer’) is written on the first step.

Along with the Kanye West-homage album artwork, the songstress has also revealed the music video for her latest single “Our Time” and the album tracklist.

“Our Time” is the third official single from Allen’s new album, after “Hard Out There” and “Air Balloon“. In the song video, Lily portrays three characters and performs the song in the back of a taxi driving around London’s streets.

“NEWVIDEO and I’m a crying,fighting hot dog,” she tweeted.

‘Sheezus’ is scheduled for release on May 5 and the tracklist looks like this:

FYI Track 14, “Somewhere Only We know” is a cover after Keane‘s hit song.