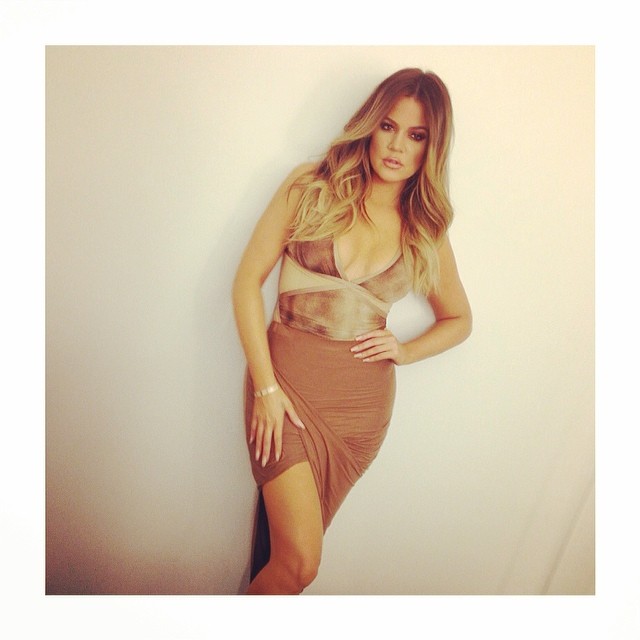 Khloe Kardashian has joined Vine and to mark the occasion posted a racy video. If this were Kim, no one would be surprised, but since it’s Khloe, we are a little surprised. The recently-single 29-years-old made her big Vine debut with a naked video.

“Hey guys I’m no longer on Keek but I’m setting up my vine now!!! Woohoooooo #ByeKeek #HelloVine”, she tweeted.

Two hours later, this little gem was posted. A video of Khloe naked (or at least topless), getting rubbed with tanning lotion by makeup artist Joyce Bonelli.

“Get glam, get your tits rubbed,” a happy-looking Kardashian tells the camera.

The ‘tits rubbing’ was ahead of the KUWTK star’s hosting duties on Chelsea Lately on March 5, when she replaced Handler as host. During her hosting stint, Khloe addressed the O.J  Simpson being her real father rumors. She joked: “I really hope that’s not the case because I did f–k him once.” Here are some behind-the-scenes photos courtesy of Khloe’s Instagram. She looked great. 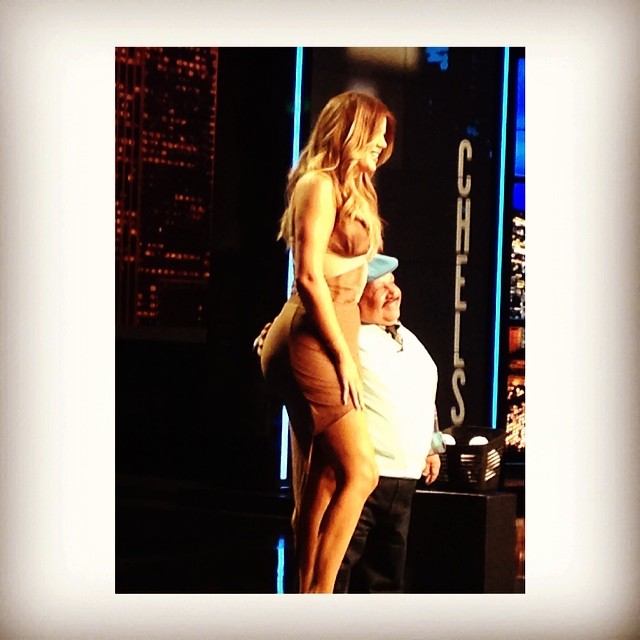 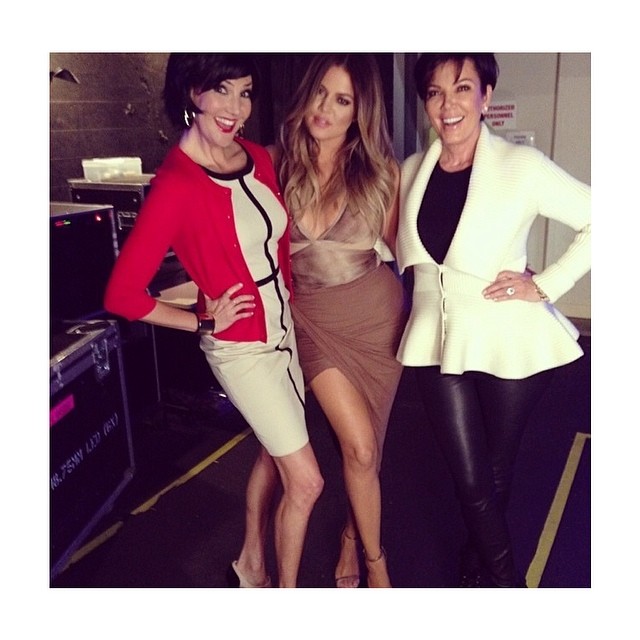 Here’s the caption she added for the Chuy photo: “Tune into Chelsea Lately tonight on E to see me take over!!! I couldn’t stop laughing because Chewy was touching my booty.” Judging from fans’ response, Khloe did good as a host. Big sister Kim K even tweeted that Khloe needs her own talk show; that good she was.

Is it me or does @khloekardashian need a talk show? She’s REALLY good at this! She’s hysterical & looks so gorge! I would watch every night