They are trying hard people, very hard to work things out! And it is that asides from all the rumors going on, Beyoncé and Jay Z are refusing to let go, at least not Jay..

This time insiders claim that the resolution of the whole novel lays in her royal majesty Queen Bey! Well King Jay is trying to do ANYTHING at hand to solve that little indecition, the insider tells us more:

‘There has been talk of divorce and it’s been really tense at times on the tour. Beyoncé has been leaning on her mom and sister a lot since they are so close. Jay wants everything to work out and is trying to convince Beyoncé how much he does not want a divorce. It’s flowers, constant texts and telling her he loves her. He is pulling out all the stops.
While they’re still on tour, it’s all business. They’re professionals and they’re trying to keep everything as professional as possible. Beyoncé is torn because she loves Jay so much and wants to keep their family together. She’s turning to family and God to help her through it.”

OMG, it really melts our hearts.. we’d love to see these power couple go great! They are unstoppable together! But it’s getting so stressful with so many stories surrounding the media that we cannot tell anymore what’s real and what’s not?! 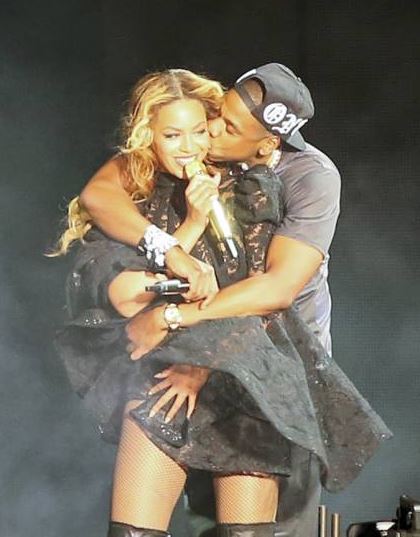 We would really love for someone to say something already…. we’re eating our nails here!