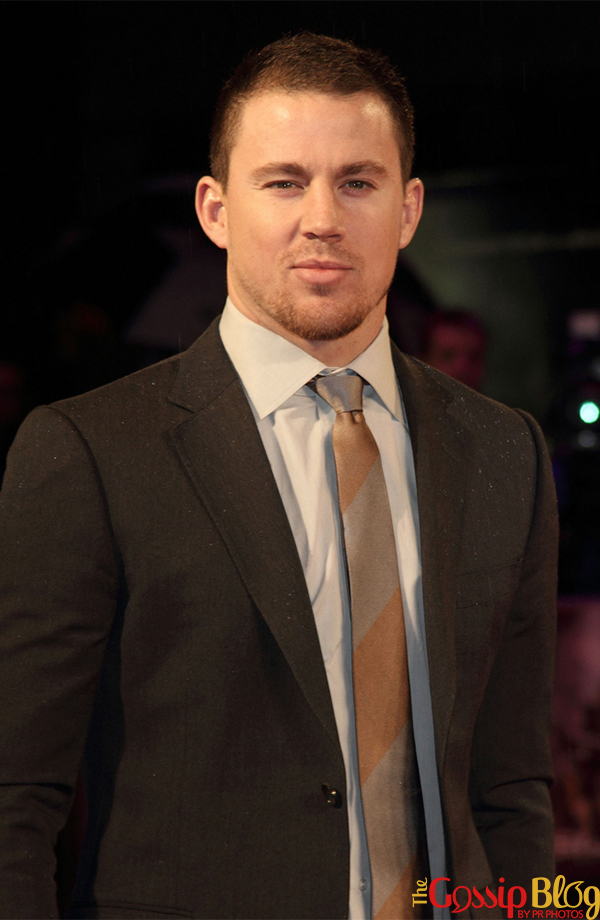 Sexiest Man Alive 2012, Channing Tatum appeared on Thursday’s ‘Ellen DeGeneres Show‘ and he was amazing. Channing, who previously revealed that when he’s not working, he usually puts on weight because he loves food, is back at talking about his weight.

Channing must be on a break from filming these days because he told Ellen that he gained weight. But he’s not bothered by it at all. He’s actually very happy. He’s “Fappy“.

The Magic Mike star told DeGeneres that wife Jenna Dewan came up with the cute nickname, because he is “Fat and happy“.

“I’ve been working for two straight years, and now it’s some really needed downtime with my family,” he said.

Tatum also opened up about his baby daughter Everly and revealed that she is a big fan of Drake and Prince. Seriously, she only listens to them. She’s a cool 8-months-old.

“She actually has better taste in music than I think I do, because she will only fall asleep to really good music. Drake. She might be conceited, I’m not sure … Prince’s ‘The Most Beautiful Girl in the World’ – she loves falling asleep to that,” Channing said.

I LOVE The Most Beautiful Girl in the World’. That’s a great song and, although I prefer complete silence when I go to sleep, I imagine this is a nice song to fall asleep to.