Well i was surprised when i saw this band a few weeks ago and i went totally mad about them, couldn’t stop listening to their songs, and they even got stuck my head as well as in the people around me because i would play it non stop!

But there was something about this girl i knew i had seen her before… and i was sure it wasn’t in the grocery shop! Her face was sooo familiar i had to look her up! It all came out to be that Kara Lane ( Pseudonym she uses in the band The Boom Boom) is actually Cassie Steele who played Manny Santos in Degrassi: The Next Generation: 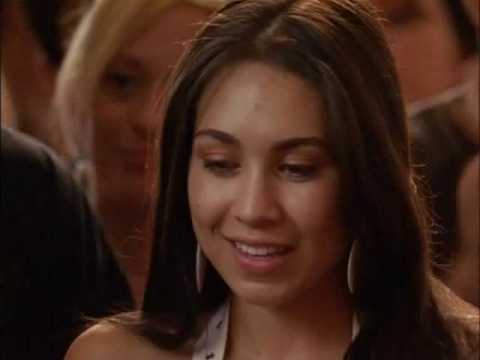 Yes the girl who started out bubbly and shy, and even a bit innocent, to later make a mistake or two the she might regret! Well leaving the memories and the past aside guess what Dimples’ been doing! She has further her career in music too! I found out she was in a pop band named KaraMel, but this year she is not only going solo with the song MAD, that we will later show you too! But she has pulled some cool music with this band: The Boom Boom.. Check the video out ! You will Fall in love with her!

There’s two more videos… go on and watch them! She is A-Mazing.. her voice, style and even her face reminds us a bit of Gwen Stefani.. but we’re here just waiting for more!

Hope you liked this Music and note share… we’ll keep them coming if you loved it! Tell us if you liked this article via Twitter or Facebook so we can deliver more good news!

Cassie SteeleDegrassiDegrassi The Next GenerationManny Santosmusic
Previous ArticleShia LeBeouf seeks professional help in Hollywood, after breakdown! Way to go Shia!Next ArticleZendaya says her leaving the Aaliyah role had NOTHING to do with the negative comments!