After having been in the spotlight over the last months because of her pregnancy, Jessica Biel and Justin Timberlake became parents on April 11th. Even though everybody was happy to know that the newborn and his mother were healthy and fine, the couple’s fans and the audience in general were looking forward to catching a glimpse of the little Silas Randall Timberlake. 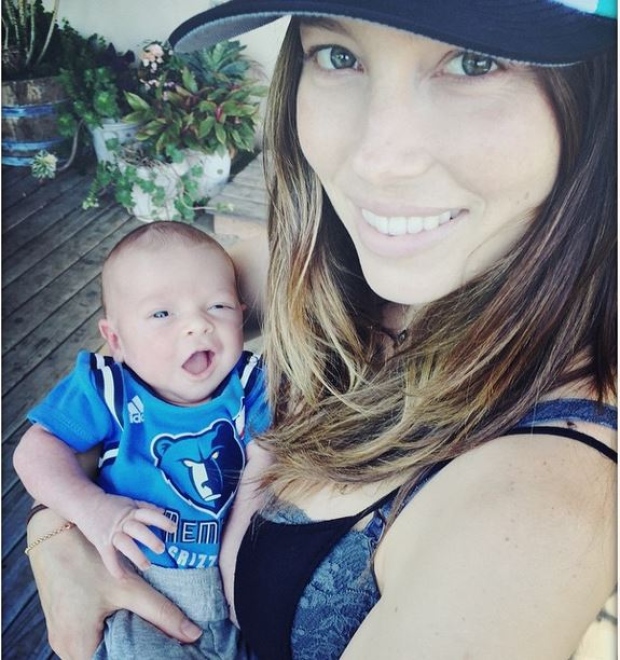 Well, the day has finally arrived. The happy father, who had also been the official photographer during Jessica’s pregnancy, decided to officially introduce his baby boy to the public by posting a picture of him and his mother in Instagram.

The photograph not only shows the bright mother Jessica holding her cute baby in her arms, but a baby who is already a Grizz’s fan.

Timberlake, who is one of the owners of this basketball team, shared how the whole family was cheering for Grizzlies from Memphis by adding the comment “The Timberlakes are ready!!! GO GRIZZ!”, and by the match results, I guess little Silas has become a cute amulet for the team since the Grizzlies defeated the Portland Trail Blazers 100-86 points in the first game of the round of the Western Conference in the NBA.

Only nine days after being born, the adorable blue eyed Silas has made his debut on the Web. Congratulation to the lovely and proud couple. The baby is precious.