UPDATE: We JUST got the news that Shia has been release from courthouse this Friday, after being arrested last night for going coo coo’ in Studio 54, NYC.

We could see in his face, remorse, hangover and a lot more as he made his way into the streets of New York, he plead not guilty to criminal trespass and disorderly conduct!! o.O Seriously? 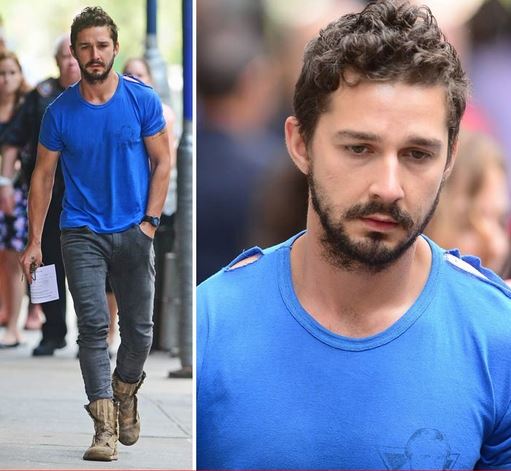 He allegedly screamed obscenities, smoked inside the theater and even threatened the police. Not to forget the ass grabbing ON STAGE!

People on the spot said the “Transformers” actor was acting very bizarre and looked dirty and under low maintenance. He sure has some thinking to do.. we hope he also apologizes via Twitter like he is used to…

arrested celebritiescelebrity and drugsdrunk celebritiesShia LaBeouf
Previous ArticleThe 5 Most Shocking Rock Star Arrests EverNext ArticleKim Kardashian, blonde for a day! If only blonde started with K! She might K’eep it!