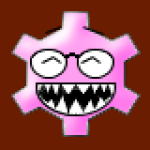 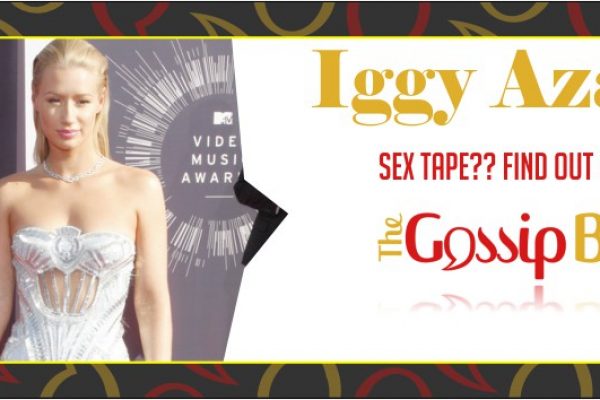 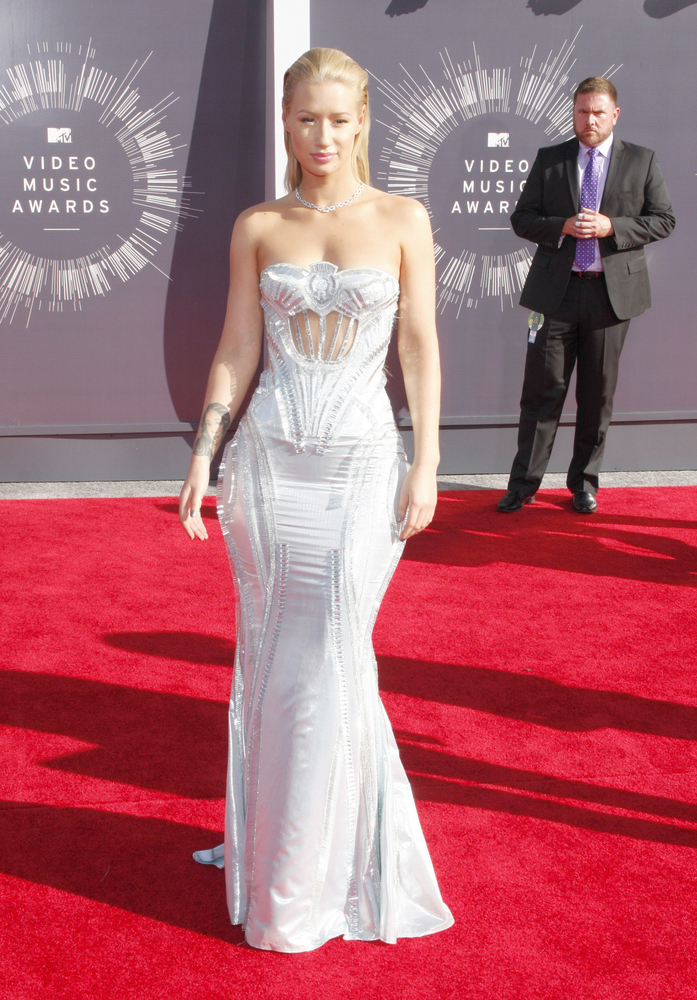 Yeah, Fancy booty Azalea.. the CEO for Vivif Entertainment, allegedly says that he’s SEEN a tape that includes the Aussie rapper and her ex and it could be worth a lot more money than Kim’s tape!!

But there’s one tiny problem… Iggy’s reps are saying that it’s NOT her!! They’ve even told Vivid that the girl in the tape is not her and they’re ready to sue in case they don’t get it clear!

OUCH! Anyways, if Iggy is actually the girl on the video and she actually signed for this, she could make millions of dollars out of this leak!! We will wait for time to tell us more regarding this rumor…

We just hope this is not true and that the truth behind this tape is just shock tactics to make more money.. duh! 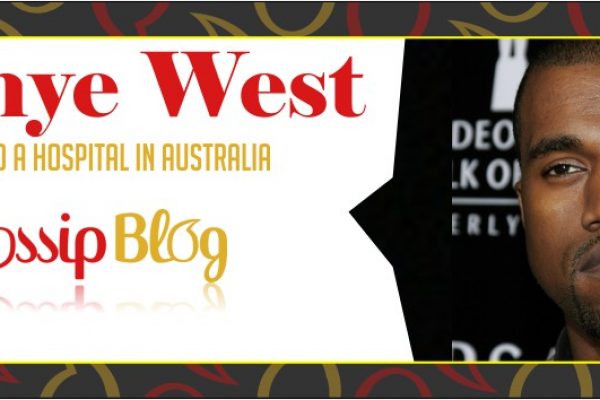 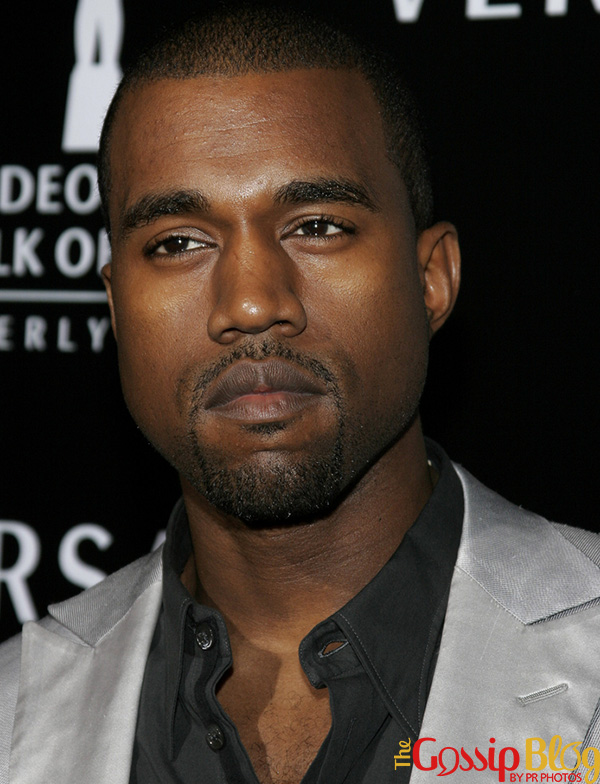 Right before his concert in Australia, this past Wednesday, Kanye West as well as his people got VERY SCARED!

He reportedly had a terrible migraine, he was rushed to the Epworth Hospital, in Melbourne, Australia for an emergency MRI. An eye witness explained a bit of the situation, Loraine Terry speaks that it was a very tense moment not only for Kanye and his team but as well as for the people in the hospital:

“My daughter was having an MRI. Shortly after it began, security burst in and cleared the area. Everyone was moved out of the waiting and consulting rooms. We were the only ones left apart from doctors and nurses – we couldn’t leave as the MRI wasn’t finished.

Next thing we knew, Kanye was stretchered in surrounded by security. He had one side of his face covered with something white. We both knew it was him because we had seen his photo in the paper everyday and we were shocked because it looked so serious.
Everyone was massively panicked. And they were very nervous about making sure the area was completely clear. At one stage, one of his security men saw my daughter, who was lying on the MRI machine, turn her head and he insisted she had to go. We weren’t even properly finished.”

Oh God… we just hope Kanye is ok.. but was it really needed that EVERYONE was kicked out of the waiting room? What if they needed immediate help as well?

A spokeswoman for the hospital, Colleen Coghlan did not want to discuss Kanye’s condition, but they denied that other patients were rused out of the ER and waiting room, she said:
“Yesterday afternoon we had 50 people in our emergency department. All were treated with respect and according to the severity of their symptoms”

We still don’t have any results as of now of Kanye’s testings, but there’s good news, he’s feeling well enough to go back on stage as scheduled, we just hope this was a minor thing! 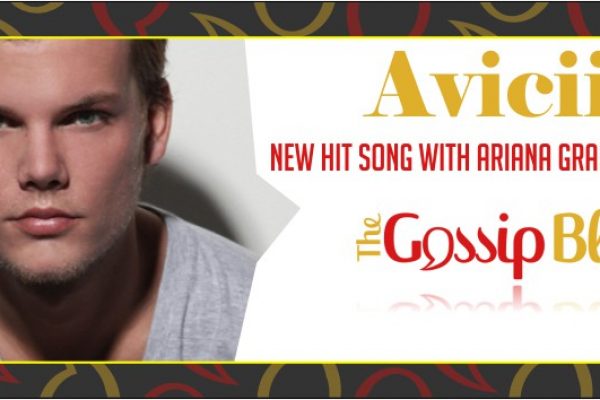 Rumors have it that DJ Avicii is on the hunt for a new hit song, or so reports ‘PopCrush!

The DJ is now working along with Ariana Grande in what many call a super explosive song that will blast radios, computers and TVs all over the world!

The singe has also cancelled all his presentations lately because he’s not feeling well after a few surgeries at the begining of this month to take out his appendix and gallbladder. We hope he gets well soon!

Are you ready for this super collab work? WE CANNOT WAIT!! 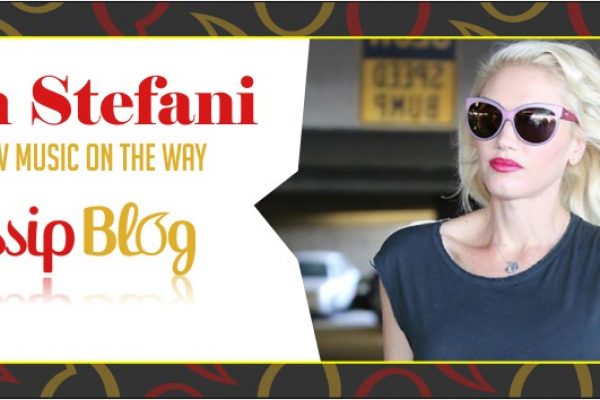 Gwen Stefani has spoken to MTV about her new work in music lately saying:

” I will be entering the studio tonight with Pharrell Williams, and I will be writting as well as thinking of what’s coming up down the road, …. I’ve been recording a few things”

As to Pharrell he also has spoken about doing some collab work with the singer and fashionista:

” And when i say kill it, i mean, another level, Gwen is somewhere else. Last time i said this it was about Miley Cyrus, and everyone was like…’What? She’s just Hannah Montana’ and I’m like What? I’m trynna’ tell you…”

Well we just hope that Gwen keeps her classy-ness and her style, and doesn’t go ‘somewhere else’ like Miley! YIKES!!!

But we cannot wait for more music from Gwen! 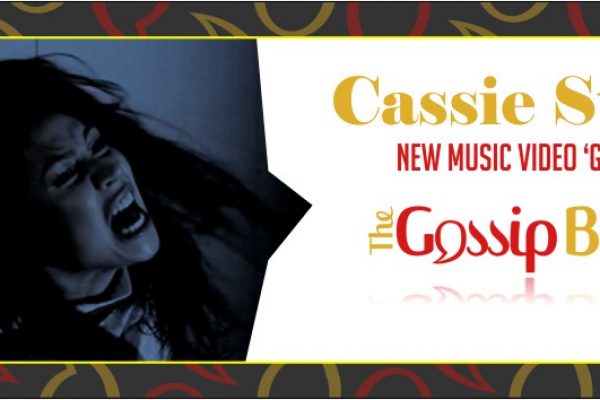 We’ve been following her work lately, and we’re very glad she’s delivering! Cassie Steele which many of you can remember her from Degrassi: Firsts Generation, is now a grown woman with loads of talent and a voice sooooooo sweet we can’t help but to play her music over and over.

We love her work with The Boom Boom, of which we’re still expecting more ( In case you’re reading Cassie, please… more.. pwetty please). But now here’s her new single ‘Games, check out this fierce lady plays the player! RAWR

That dark aura, so sexy and tempting.. The girl that does thing her way and plays no games… sounds like success!! Well boys watch OUT!! We’re crossing our fingers so this girl goes BIG!!!! We cannot wait for more!!

If you liked this song we suggets you to listen to ‘Mad as well.. awesome song.. and here’s some of The Boom Boom music! 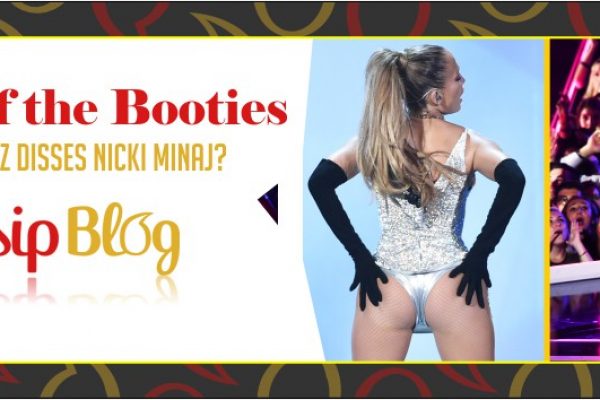 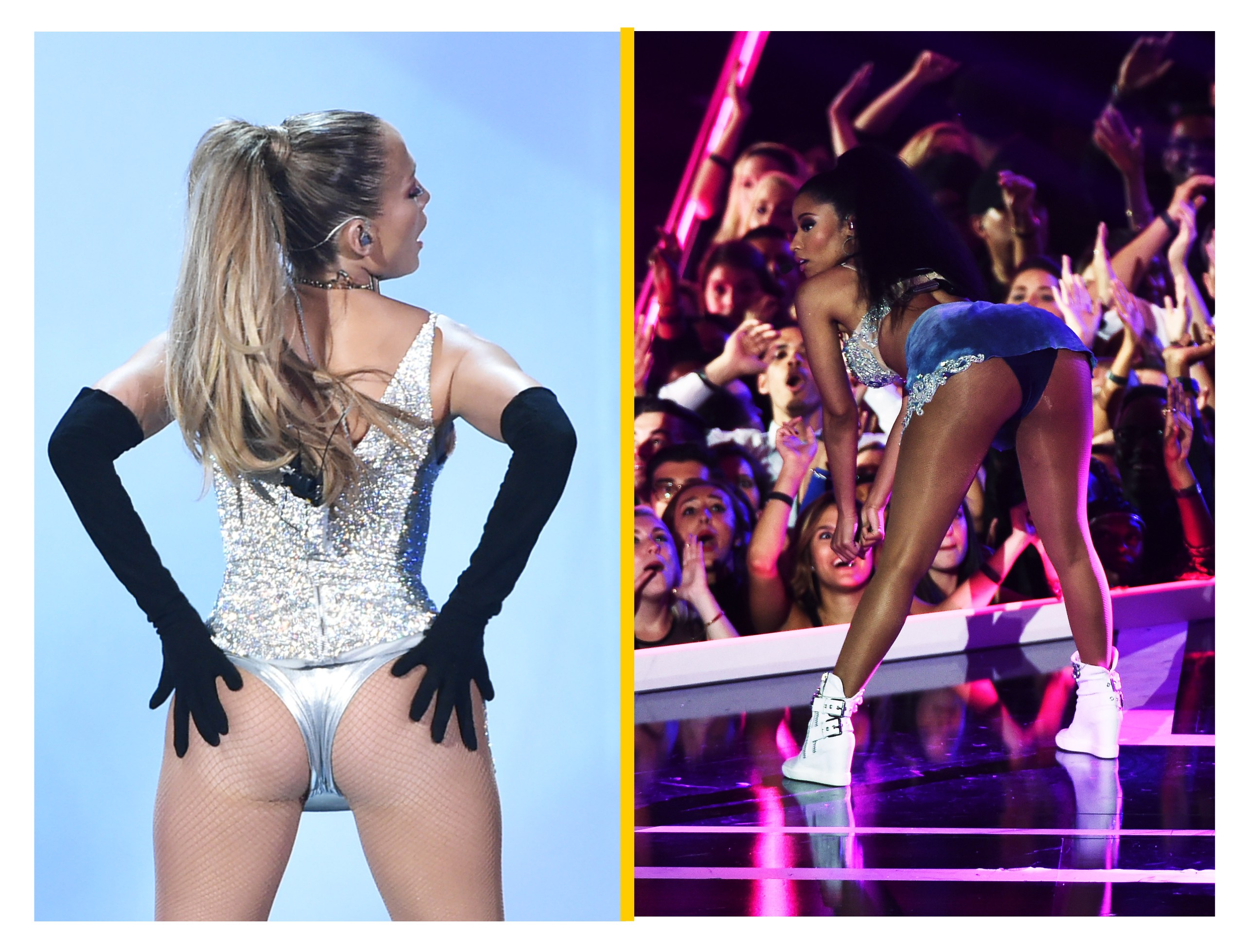 Well things got steamy last night at the Fashion Rocks show… celebs were questioned to pick sides regarding JLo’s booty or Nicki Minaj’s Anaconda.. and the things just got very very shady!

The thing got heated up when event goers reported that JLo was very upset while Nicki’s performance at the Fashion Rocks, keeping her arms crossed and we must say that there’s rumors of the reasons why Jennifer Lopez was upset and it is because Casper Smart has been helping Nicki out and spending time with her…

Hmmm, what are your thoughts on this feud boys and girls? 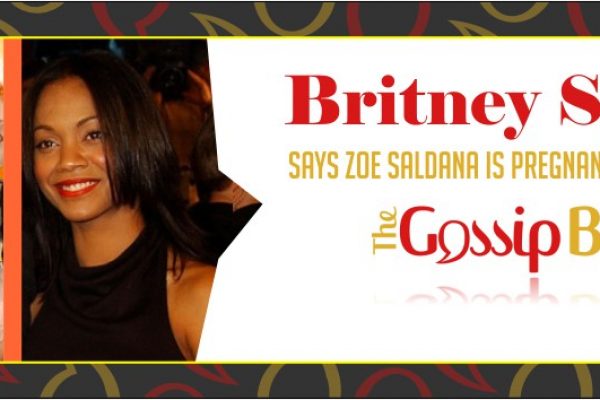 Dear God we LOVE Britney Spears, asides from being a super awesome singer, mommy and person she is also a great friend.

She was talking about her dear friend Zoe Saldana with a reporter from Entertainment Tonight about them being together in a picture, and asking if perhaps they may be in a movie together in a near future, and she actually…. well spilled the soup all over! Check out the revealing interview:

OH WOW!!! We’re very happy about this news.. but wait.. 2014 has been the YEAR of the mommies, some with second child pregnancy and some others being first parents! We’re so glad and happy! 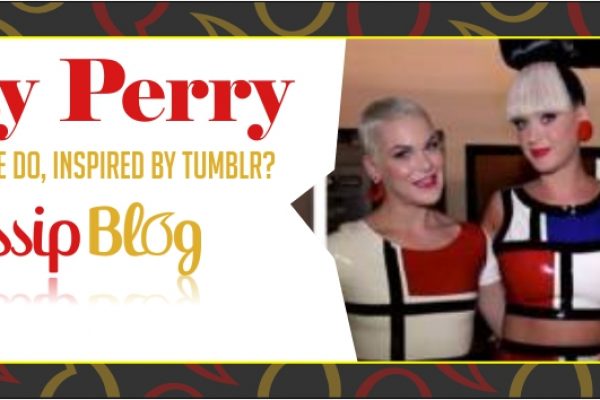 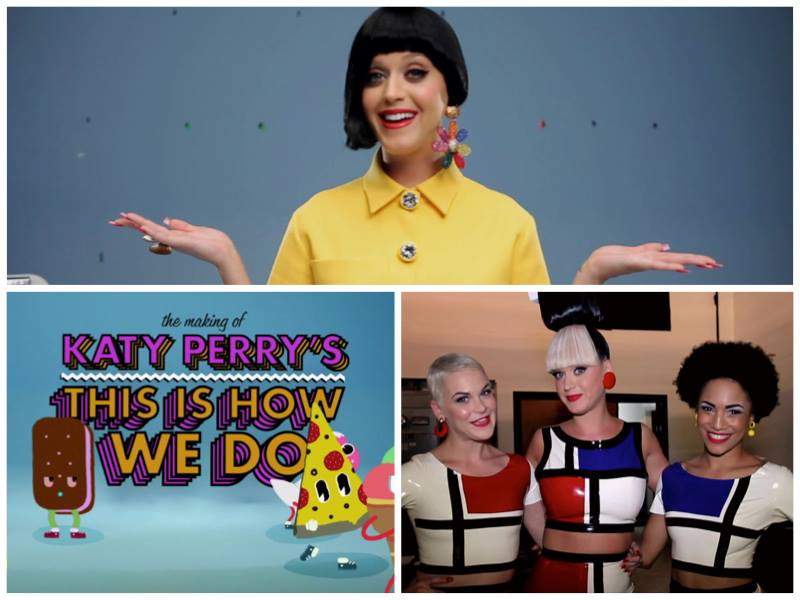 This is what Vevo Facebook claims of the singer’s new video ‘This is How We do” , in which there’s a lot of pop art, pee-wee Germans, surrealism and lots of strange things going on!

We’ll let you be the judge check the video out:

The artist expressed that during the creation process of the video she used the website a lot to get ideas! What do you think of the music video? 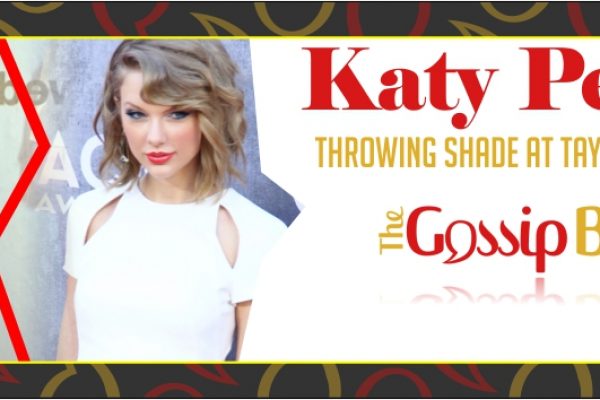 OMG! This just got worse! After Taylor Swift‘s interview with Rolling Stone yesterday, there were loads of secrets revealed. We previously mentioned about the song that was not actually about love or relationships but more like a feud with a famous female celebrity.

And even though Taylor tried to ‘Shake it Off, she refused to put a name on the feeling / lyrics muse. Well it all points now as if Katy Perry is trying to end the speculations!

And THIS is how she threw a SUPER shade !!! Talking about Mean Girls.. and we have NO IDEA who could it be *cough cough, clears throat*

This is what Katy said on Twitter this morning:

Watch out for the Regina George in sheep’s clothing…

Well oh , maybe Katy was just hanging out with some friends and perhaps peeked a girl dressed like sheep named Regina George….
Sounds Legit! We’re not sure, but we can see the ‘cat fight just begun! 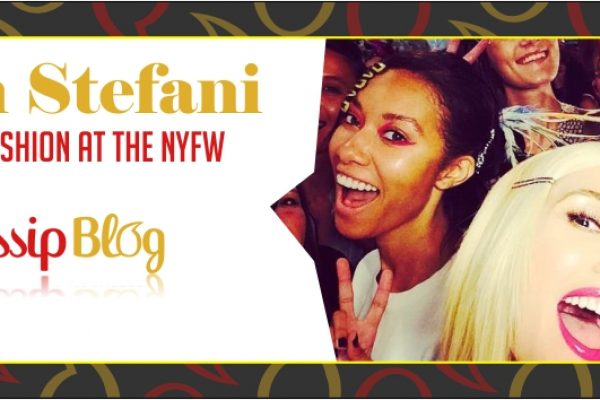 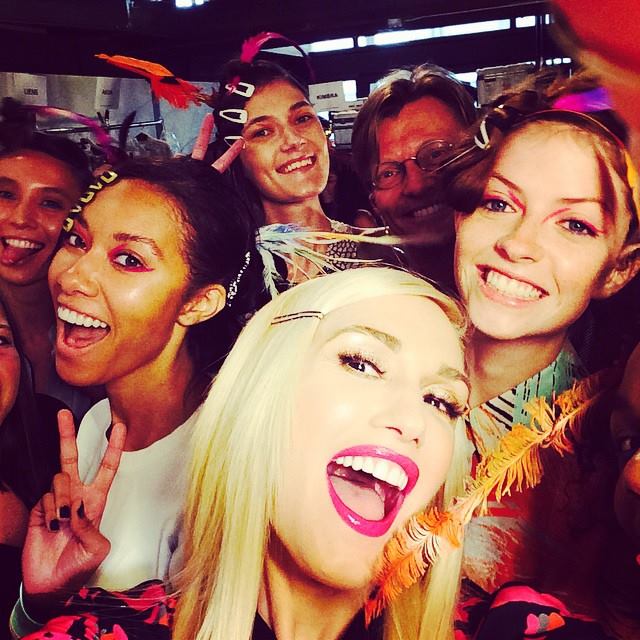 Gwen Stefani is BACK! and soooo much better than ever!

The singer made her return to the #NYFW last friday with pieces from her 2015 Spring Collection from L.A.M.B. and gave her fans a sneak peek of the backstage with the models! 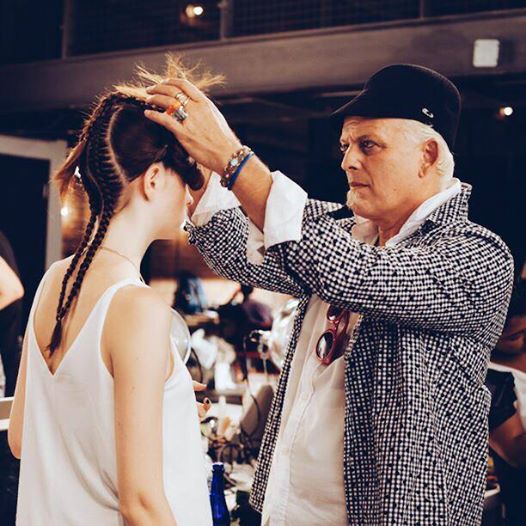 We cannot wait to see the full collection!!