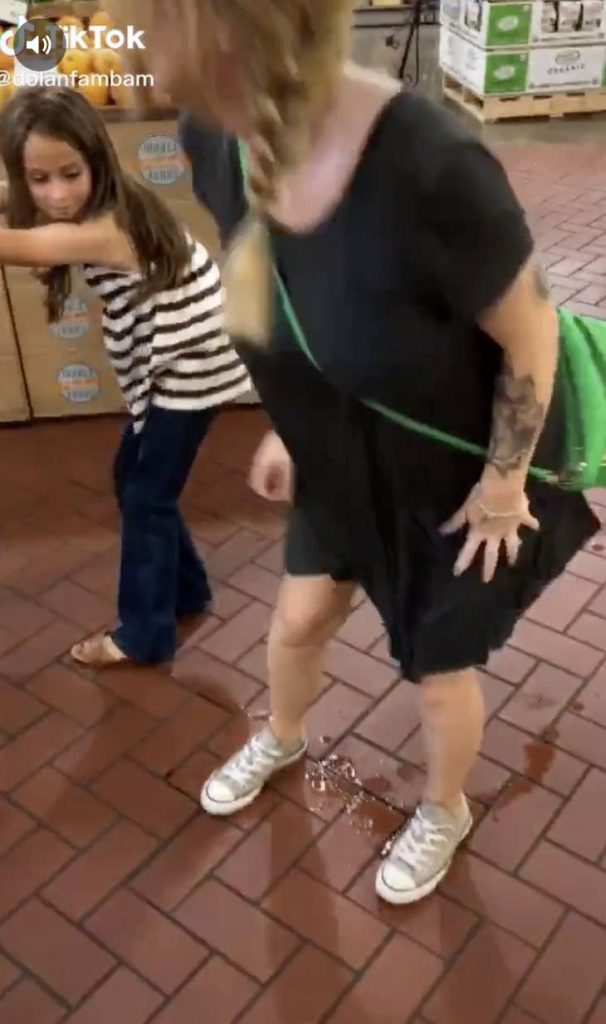 Don’t feel gross when you are reading this news.  There is a viral video on TikTok in which a pregnant mom who was peeing around the grocery store.

A mom from the Texas, America named Mallory Dolan Along with her husband has four children. When she was pregnant with her fourth child, she went to the grocery store but because of not controlling the blood, she peed a bit on the floor. If you think that this is gross, then you should know that pregnant women are not able to control this much and this is very common around.

When you are in your third trimester with baby number four and can’t control your bladder. #mombladder #fourbabies #hemademelaugh

When the media contacted the mum, she said that she sneezed and leaked a little. She told her husband about it and he made a laughing TikTok video about this thing. She said that when she entered the store, she was not thinking about doing this but she was not able to control and her husband was giggling and making the TikTok video around, and she was running out because of the embarrassment.

Her children were not able to understand what was happening on the floor and even though she made some mess letter on she got the salad bar napkins and wiped the floor and in the end, the store employee also came to clean up the place.

They were not planning to upload the video but when they thought about updating the phone, then they came to see this video and thought about uploading it. Even though this was a natural thing but because of happening in the store, the video got more than 14 million views.

Today it is a very viral video on TikTok with 2.5 M likes.

The mum Around the World see the TikTok video and are laughing and gossip because they are also experiencing a similar thing but not able to pee in the store, lol. This made us realize that pee is sterile. Because she was not able to control and that is why along with the globe, even the people are feeling gross but also realizing that this was something that was not in her hand.

Because of the viral video on TikTok, she is now a very popular person over there. Even though in the past she was used to posting the videos about everything on TikTok but now she is a very popular and unique mum