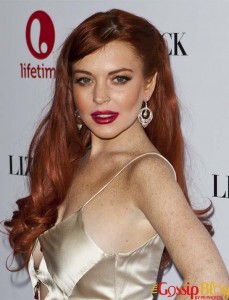 Even though Lindsay Lohan promised Oprah Winfrey she was done with nightclubs and finished with hotel hopping, the troubled actress found it difficult to stick to promises.

The very same weekend  the docu-series “Lindsay” aired the second episode, Lohan was seen partying until the early hours of Saturday at the Electric Room at Dream Hotel and she also crashed in a room at Gramercy Park Hotel instead of returning home.

“Lindsays loves talking about her sobriety — then going to the Electric Room every Friday and Saturday night, ” a source said.

Oprah seems to care about the actress’ health and insists on trying to keep Lohan away from her bad habits. Unluckily, Lohan thinks she has it handled.

Let’s hope that Lindsay doesn’t have to go back to rehab for the seventh time.