The Royal couple Prince Harry and Megan Markle will now be known as Harry, Duke of Sussex and Megan the Duchess of Sussex as they have willingly chosen to back off from their HRH titles and they will be no longer the working members of the ‘Royal Firm.’ Henceforth, Harry will be leaving all his military positions and the couple will now be spending a major part of their lives in North America as per the news source reported.

They have also decided to repay 2.4 million pounds that were spent on the refurbishment of Frogmore Cottage, but as a wish to retain it as their British home, they will be paying an estimated rent of 360,000 Pounds a year commercially. However, Prince Charles has not denied Harry from his share in the private properties of the royal family, just that they will no longer have their share in the public funds and other royal resources related to the State.

On top of all the royal decisions and conclusions, the couple Harry and Meghan have pledged to keep up the values of the Queen, although they will not be performing any official duties of the monarchy.

The Queen wrapped up warm headscarf and dark glasses while driving through the Sandringham estate and announced the news herself in the palace. Above all the tensions and the expected-to-be threatened monarchy, the Queen handled the matter rather well and distinctly and also appreciated Meghan for becoming such one of the family members quickly.

The Queen agreed and admitted on the challenges her grandson Harry and Meghan might be facing and also thanked them both for the work they have done so far for the state in two years. Her address was followed by a wish for a peaceful and happy, independent future life for the couple.

Prince Harry is still in Britain after meeting with the Queen in Sandringham while Meghan remains in Canada for certain purposes.

Concluding all the actions and addresses of the Royal family, however, any security arrangements for the couple has not yet been demonstrated.

According to sources, the security of both the people would still be covered by the taxpayers of Britain. That would go from 1 million pounds to 7 million pounds per year. When the news Agencies right to ask this question, then there was no response from the royal family about this topic. But according to sources, the security will still be given to both the X Royal people.

Even though Queen has given the good wishes to the couple and told that it is a very good decision or independent decision but still there is some confusion which needs to be answered, who will bear the expenses of the security of the Duchess and Duke? And now it has been confirmed that Meghan Markle and Harry’s security will be paid for by Britons – expert explains reason.

Also, the couple will receive 2.3 million pounds per year from Prince Charles. The couple has given up their rights as the HRH titles but still, they will pay the rent for the refurbishment Frogmore Cottage but will get the fund from Prince Harry yearly.

Royal expert Penny Junor has said that it is a very good decision by the Duke and Duchess. The expert says that they have got the blessings of the queen and also have made their decision very firm which means that they have got everything they wanted. She says that it is a very good and loyal decision to leave everything behind including the money to look at starting fresh. She said that it is a very good decision that they are retaining their HRH titles but not using it. The reason is that, may be in the future, there are some circumstances which need them again in the royal family and by this procedure, they will be able to come without any embarrassment. But she says that it is currently ambiguous that they will continue to use the title named Sussex royal on their website Sussexroyal.com.

Even though she has praised the decision by the couple but she is still saying that the public is very sad. Because the couple is moving away from Britain and also they have been a very good source of fairy dust for the local people. But according to sources, the royal family and the Sussex are very happy because they have concluded and came to a decision.

There is confusion even between the couple in which place in Canada they will stay. The Duke is believed to be preparing the west coast of Vancouver whereas the duchess preferred Toronto. Megan has many of the links and connections in this place because of her shooting for the suits film in this area. This is why she loves this place and she prefers to stay here according to the sources. 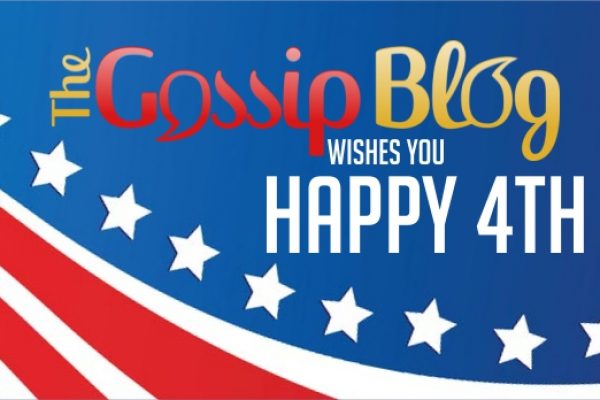 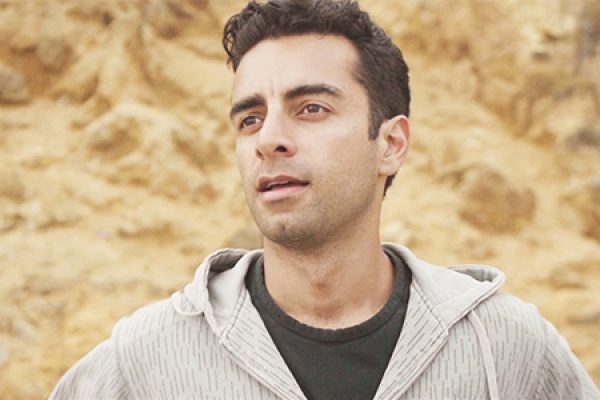 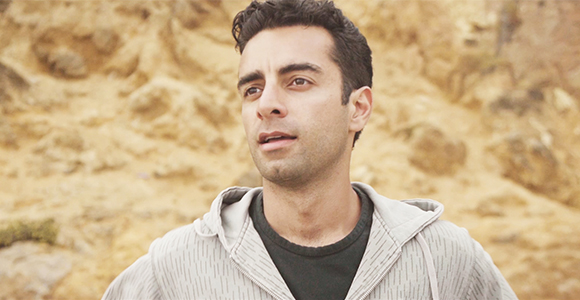 Check out the music video on YouTube here, on MTV here and Vimeo here.

Do you like Arsi Nami‘s “Caro Mio Ben” video? 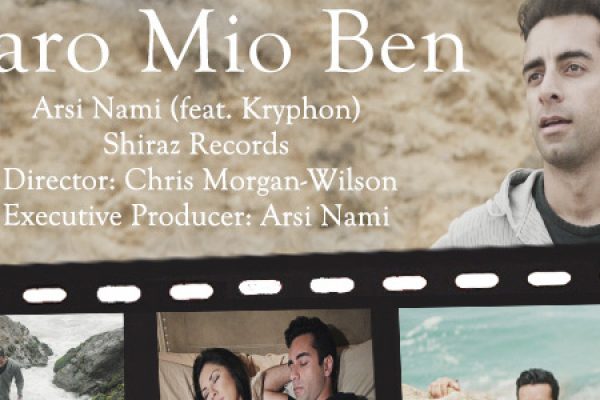 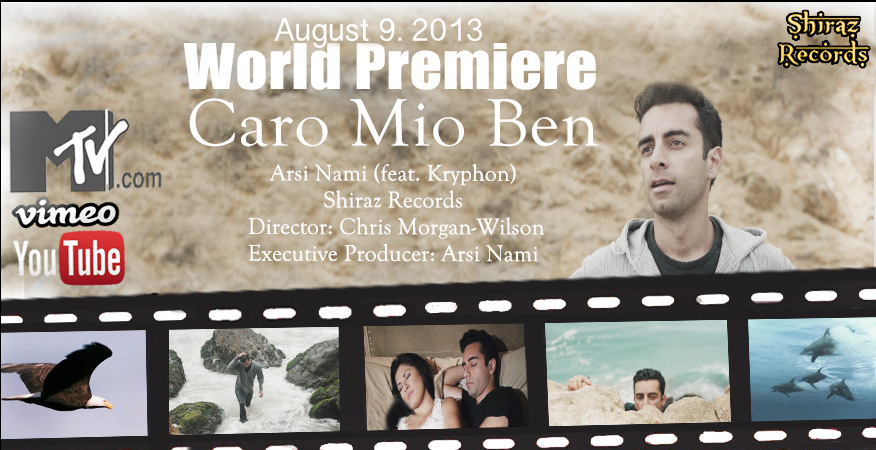 Will you tune in for Arsi Nami‘s new music video? 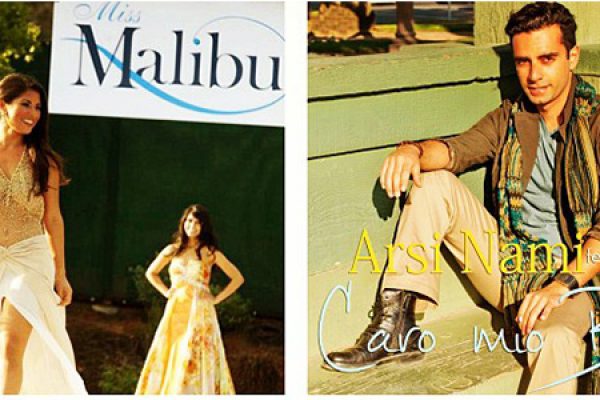 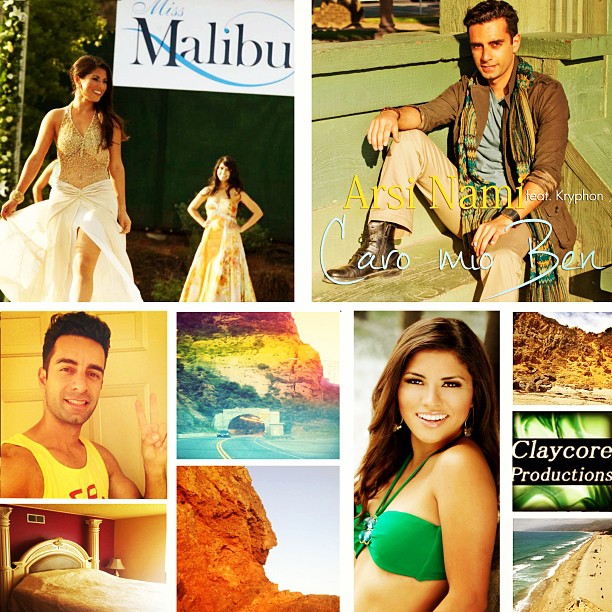 Release date to be announced. 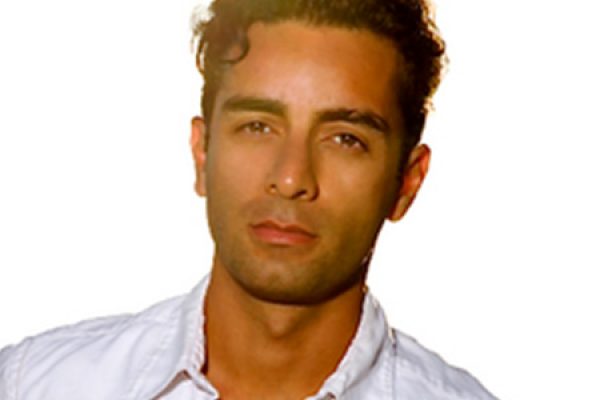 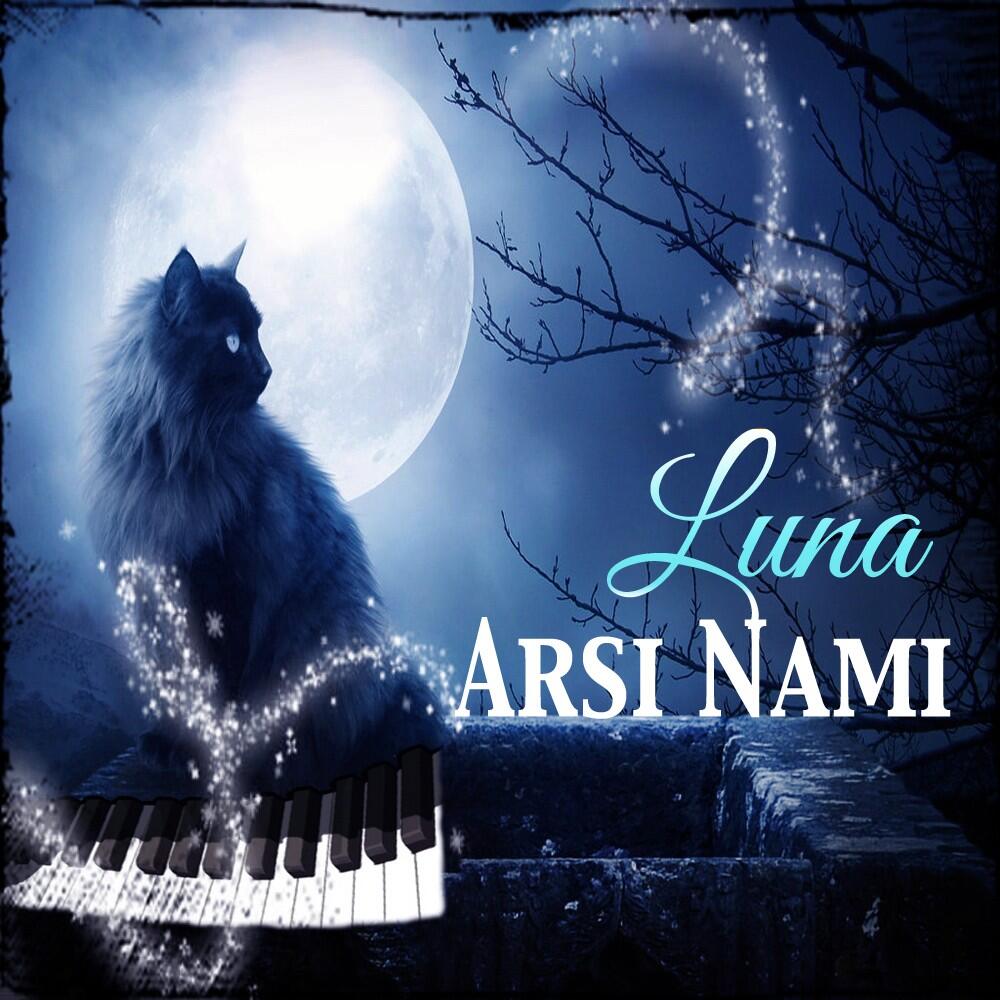 After having his music played on Fox TV show “The Goodwin Games’, Arsi Nami has decided to continue writing and releasing music for Film and TV.

According to Arsi Nami’s Twitter page, he is about to release “Luna“, an ambient Piano song, with touches of African and Oriental vibes.

“Coming soon!”, he tweeted along with the new single cover.

Are you excited for Arsi Nami‘s new song “Luna“?

The experienced and enthusiastic team offers a wide variety of services to companies; from web pages to printed design to internet marketing. The team, composed of 4 people, offers years of intensive experience in various fields. Mediadeus offers up-to-date internet marketing services as well as basic printed material design. The main idea behind these ventures was offering “customized services” instead of one-size-for-all packages. Acknowledging the versatile needs of companies operating in different sectors and of various size and capabilities, Mediadeus makes assessments and plans with the client from start to end so that there are no surprises or disappointments for any party at all. The new company started its operation with a challenging project; designing and building a website (at www.mediadeus.fi) for its operations and promoting it in a highly competitive market. The design and coding phase was quick, merely 3 weeks and the huge task of promoting the company on social media, search engines and other internet directories is still under work.

Mediadeus reminds that top notch website design and realization requires professional skills. There are countless DIY tools on the Internet and it is possible to set up a webpage in an hour. Unfortunately it is not possible to produce the desired results for any business with such quick production tricks. Whether it is a blog, or a website or an ecommerce business, you have to employ extensive internet marketing concepts from the very beginning of all web related projects.

Mediadeus offers versatile design and technical services for all businesses who want to excel in the digital world. The team helps the clients to assess the needs and targets for their company, and then execute the plan. The client can take over some of the tasks thus shrinking the cost of an extensive marketing plan. 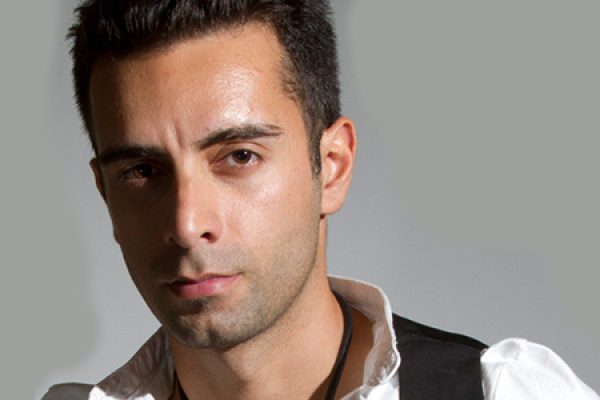 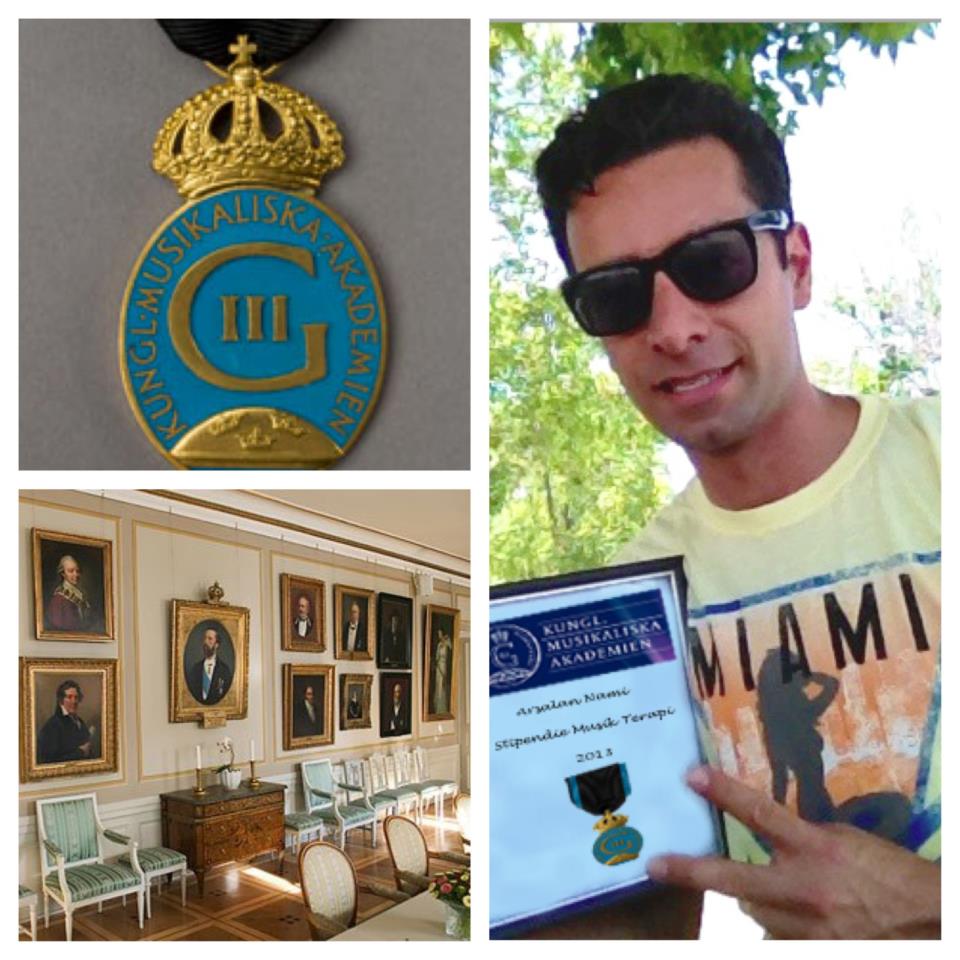 What do you think of Arsi Nami‘s new award? 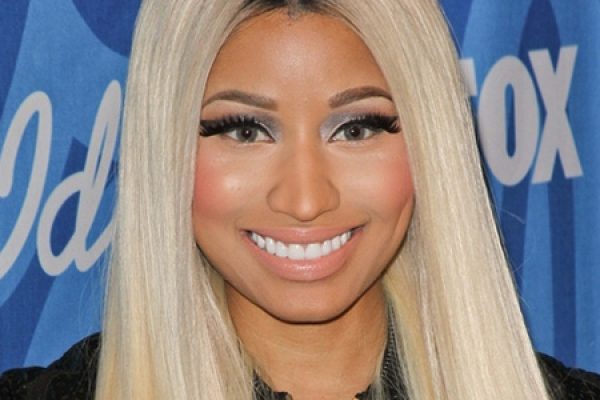 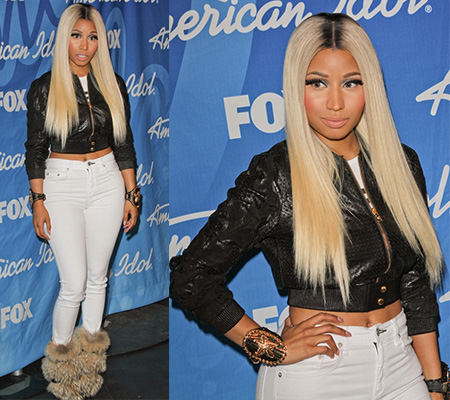 The “Starships” hitmaker, who served as a judge on Season 12 of the talent competition, rocked a cropped jacket that showed off her abs, white pants and fur booties.

The rapper/singer congratulated Candice Glover, the ‘American Idol’ 2013 winner, after the show: “So well deserved. Words can’t even express how proud I am mama.” she tweeted.

Rumor has it that Minaj won’t be returning to ‘Idol’ as a judge next season.

Are you sad that Nicki Minaj is reportedly not returning to ‘American Idol’? 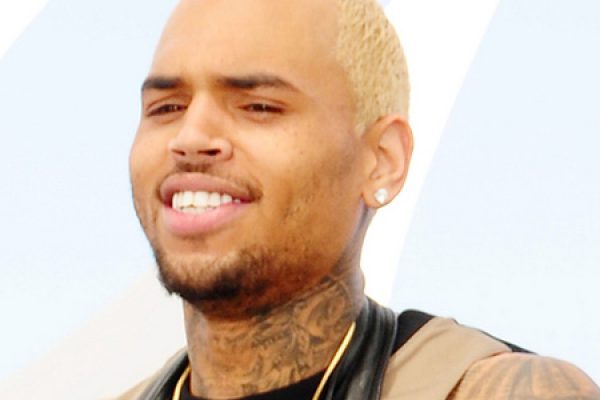 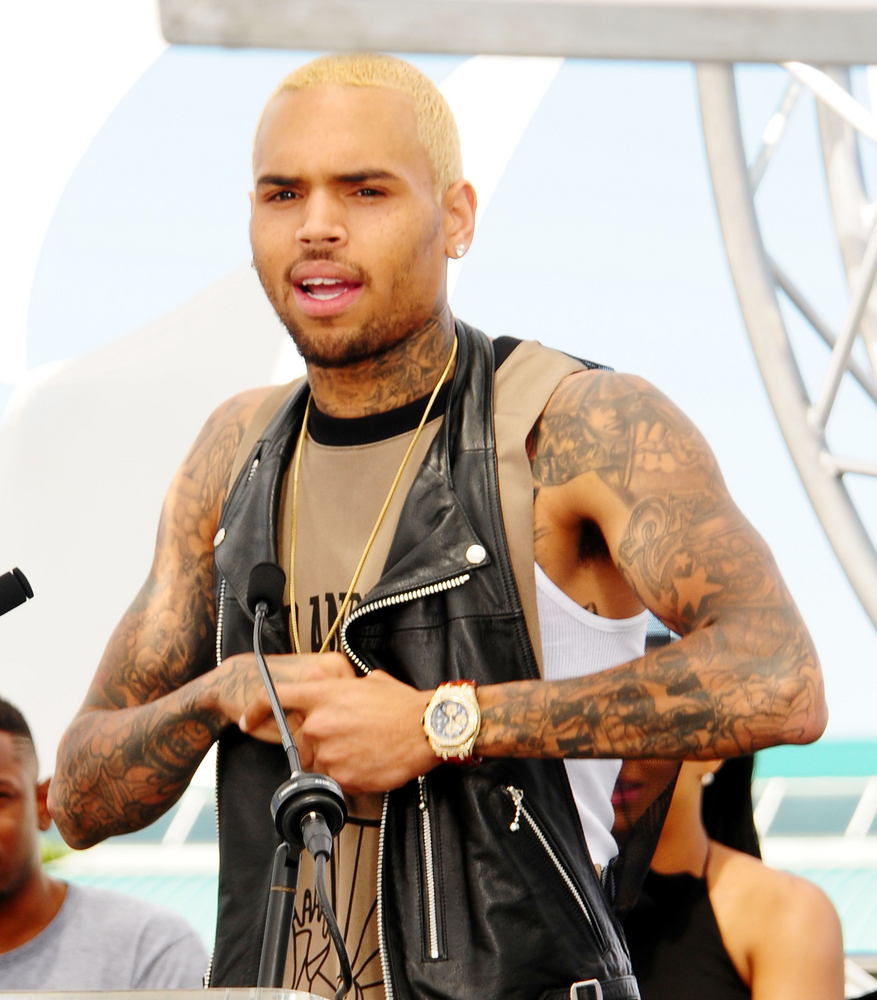 As he took the stage, Brown revealed that his new single “They Don’t Know” will feature vocals by Aaliyah.

“I got something special for my fans. It’s called ‘They Don’t Know,’” adding that the track will feature “all new stuff [from Aaliyah] that’s never been heard before.”

The “Fine China” hitmaker also noted that he filmed the music video for the song in the Compton neighborhood of Los Angeles over the weekend.

If you check Brown’s Twitter page, you’ll see that he’s been tweeting about a new video for some time now and that he’s also promised a surprised via http://chrisbrown.entrago.com .

Brown‘s new album “X” will be out in July.

What do you think of Chris Brown‘s idea to feature Aaliyah on his new song?